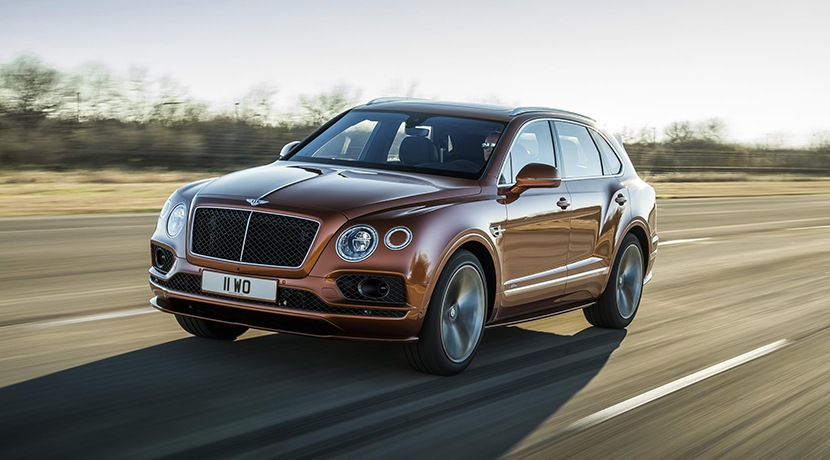 One of the most luxurious and highest quality SUVs in the world. Market is the Bentley Bentayga . This model, despite having a body style all way, conveys that sense of quality and care for the details usual in the brand just by looking at its exterior design. Of course, this is increased by looking inside and knowing the materials with which it has been assembled.

Normally, when we refer to luxury vehicles of this type, we know that they will be very, very comfortable and powerful cars , but not as cars capable of traveling at very high speeds with a pleasant sense of control and security. That is not the case with Bentley Bentayga Speed ​​; and that is that his name already makes his intentions very clear.

The Geneva Motor Show will witness the worldwide presentation of the new Bentley Bentayga Speed. It is the most powerful and fastest variant of the British SUV ever built. All this, without forgetting the usual refinement and class in the models of the automotive firm.

Since its power and speed is the most special of this variant, we will start talking about it. This Bentayga Speed ​​uses the virtually extinct engine W12 Volkswagen Group, which as you know cubic 6 liters displacement. This mechanics is associated with an eight-speed automatic transmission and a total traction system.

Thanks to the double turbocharging it is capable of reaching a maximum power of 635 HP and a torque of 900 Nm . With such a figure of torque we can already get an idea that it will not cost you too much to face recoveries.

The performance figures that Bentley boasts in this model are a maximum speed of 306 km/h and an acceleration from 0 to 100 km/h in 3.9 seconds . It is said soon, but they are amazing data for an SUV of this magnitude, because it is faster in top speed and acceleration than many high performance models.

Team of Brakes and suspension to height 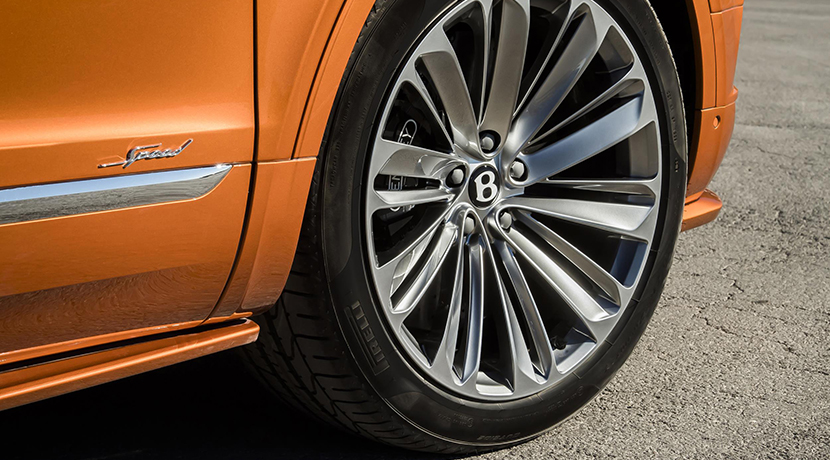 As is logical, a car that exceeds 2,000 kilos and can reach such high speeds should be well equipped with brakes. That is why it is more than interesting the optional carbocerámico brake system , which is capable of reaching temperatures of up to 1,000 degrees in intense and continuous braking. In addition, it is 20 kilos lighter than traditional iron brakes.

The suspension has a specific configuration to guarantee firmness and stability at high speed. In addition to varying its setting depending on the driving mode chosen, the Bentley Bentayga Speed ​​has the Bentley Dynamic Ride system, with active roll control to counteract the inertias that occur in the curve, which guarantees a more stable behavior.

Conservative aesthetics, without showing too much performance 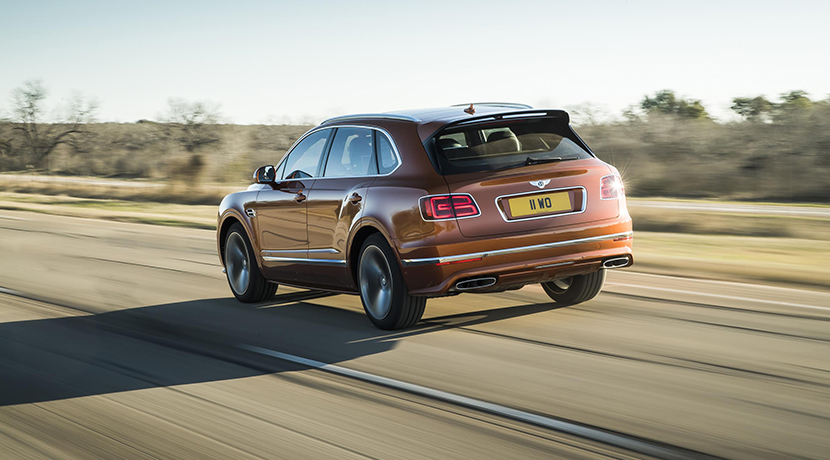 At the aesthetic level, you are already seeing it in the different images.The interior, made in Crewe (England) uses the elegant traditional details in the company, with its classic touches to convey that "stately" style " combined with certain technological details. The materials used and their design is worthy of praise, betting on the shape of the diamond in the stitching. In addition, for the first time the Bentayga resorts to Alcantara trim.

It is clear that the Bentley Bentayga Speed, despite its spectacular performance figures, is not a car to have fun in a day of trackday nor the best model of the market to attack the curves of a port of very twisted mountain. However, if one day you were a billionaire - hopefully - and the doctor will recommend taking care of my back from time to time when driving, this could be a good alternative.